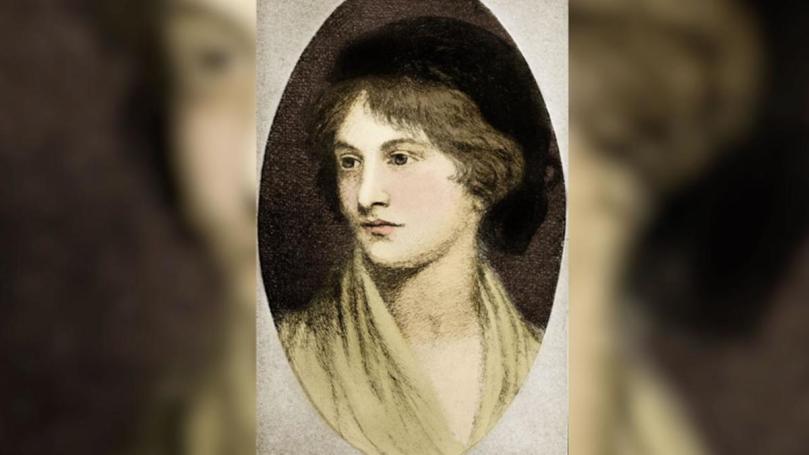 You set me free by loving me, by re-membering our mutual majesty in The Rootbed before Time. Mary Wollstonecraft—writer; philosopher; and activist—reminds those of her era, and posterity still today, of our divinely stemming rights to grow in virtue and blossom in true beauty, no matter our sex. In her revolutionary 18thcentury text, A Vindication of the Rights of Woman, Wollstonecraft argues with conviction for the emancipation of women from the life-stunting-life-sentence they are enculturated to perform from birth. The role and nature of love is central to Wollstonecraft’s critique, but its meaning is ambiguous by the varied way she employs the word. In this essay I sift through the guises of love in her words as an effort to make distinctions, thereby amplifying the meaning of true love in its relation to freedom as comportment to the divine.

Wollstonecraft’s entire argument for the emancipation of women derives its force from their status as human beings with the self-same capacity to develop moral virtue as their male counterparts. In her estimation, culture has nipped this universal, inborn potential of women in the bud: “Taught from their infancy that beauty is woman’s scepter, the mind shapes itself to the body and, roaming round its gilt cage, only seeks to adorn its prison.”[1]The form of beauty Wollstonecraft references is more a perversion than a semblance of truth, for it renders women “in a state of perpetual childhood, unable to stand alone.”[2]The only form of love such a degraded state would inspire from others is a paltry one—a sister to pity.[3]In exchange for this kind of socialization, Wollstonecraft offers her own ideal:

The most perfect education, in my opinion, is such an exercise of the understanding as is best calculated to strengthen the body and form the heart…to enable the individual to attain such habits of virtue as will render it independent. In fact, it is a farce to call any being virtuous whose virtues do not result from the exercise of its own reason.[4]

The actualization of one’s virtue—whether male or female—lies here in the cultivation of both the animal and divine aspects of our being, what makes us human. In protest to those who would bind her to a fate wholly determined by her body, Wollstonecraft invokes the “immortal soul,”

Not restrained by mechanical laws and struggling to free itself from the shackles of matter, [the soul] contributes to, instead of disturbing, the order of creation, when, co-operating with the Father of spirits, it tries to govern itself by the invariable rule that, in a degree, before which our imagination faints, regulates the universe.[5]

To be continuous with the divine Sublime is to partake in it. The sexes may differ in respect to their physicality, but the capacity for virtue is essential to all human beings and transcends the world. This freedom, once won, enjoins the creature to rhyme with creator in the unfolding of nature’s poetry.

Freedom arises for the individual in measure with the conditions that allow her to actualize it. Culture may determine how fully I can live out my virtue, but it ultimately falls on me to recognize my essence in the mirror. But how? “To love God as the fountain of wisdom, goodness, and power appears to be,” writes Wollstonecraft, “the only worship useful to a being who wishes to acquire either virtue or knowledge.”[6]True freedom, for Wollstonecraft, derives from my reverence for God as creator in my reverence for the majesty of my self as created. True freedom as self-respect, as true love. To love oneself is to will one’s independence “as a being who discharges the duties of its station.”[7]Love of others, in truth, must flow from the same wellspring in which I glimpse my own divinity—the other as free; the other whose dignity I celebrate as my own. True love is thus the keystone of the polis. A just society is one that functions like an organism, enculturating “the tendency of all the parts toward a common centre”—namely, personal virtue.

Wollstonecraft’s caricature of the infantilized woman, curated for weakness, is not a rejection of what is female, but a provocation of her inherent power. Wollstonecraft, the sister of true love, sees through charades, enjoining all souls to reclaim their divinity. I hear you, sister! Yet, I wish to draw out the possibility of true love and intimacy, flowered from a bed of friendship. Wollstonecraft’s account of late 18th century romance in Western Europe reports that, as the necessary “course of nature,” “friendship or indifference inevitably succeeds love.”[8]She defines her use of love in this section as “the common passion, in which chance and sensation take place of choice and reason.”[9]Wavering; obsessive; lusty—love here sounds more like infatuation. Elsewhere she writes again of love “subsiding into friendship, or,” with my emphasis on the “or,” “compassionate tenderness.”[10]The latter is the kind of love I seek to amplify in Wollstonecraft’s words as true love, love as perception of and respect for the divine spark in another, while at once forgiving any faults in their finitude as fellow sufferer in the trials of time. Divinity begets a form of beauty visible in all, while finitude finishes peculiar for the eye of the beholder. Love’s excitation of passion and sexuality may waver but need not be thought contrary to virtue. Wollstonecraft’s goad is more toward maturity and self-possession than repression.[11]Indeed, in the mergence of sexual union a truly intense apprehension of one and another’s divine origin may be had.

To amplify the words of Wollstonecraft, for me, means to illuminate what may already be there. The tragedies of her life tell a story of heartbreak and wishful homecoming in suicide attempts. I do not pretend to know whether her misfortunes rendered her jaded in the end. Rather, I lovingly lift her spirit and my chin in gratitude for the utopic visions she could apprehend. Wollstonecraft’s words remain relevant for a just politics and the human pursuit of a virtuous life, especially in our moment of ecological collapse. Her exclamatory lament over the violence that erupted in the French Revolution could well apply today if her moral ontology extended beyond humans. The front lines of crisis are everywhere, and with her I exclaim,

But, when men once see, clear as the light of heaven,—and I hail the glorious day from afar!—that on the general happiness depends their own, reason will give strength to the fluttering wings of passion and men will ‘do unto others, what they wish they should do unto them.’[12]

By the light of heaven, a vision through love as truth, we might re-see the earthly being in mutual continuity with the divine and let our action follow suit. We might!

Wollstonecraft, Mary, and Deidre Shauna Lynch. A Vindication of the Rights of Woman: An Authoritative Text, Backgrounds, and Contexts Criticism. New York: Norton, 2009.

[2]Mary Wollstonecraft, A Vindication of the Rights of Women, 12.

[4]Mary Wollstonecraft, A Vindication of the Rights of Women, 24.

[5]Mary Wollstonecraft, A Vindication of the Rights of Women, 52.

[6]Mary Wollstonecraft, A Vindication of the Rights of Women, 50.

[7]Mary Wollstonecraft, A Vindication of the Rights of Women, 153.

[8]Mary Wollstonecraft, A Vindication of the Rights of Women, 33.

[10]Mary Wollstonecraft, A Vindication of the Rights of Women, 35.

[12]Mary Wollstonecraft, from An Historical and Moral View of the Origin and Progress of the French Revolution in A Vindication of the Rights of Women: An Authoritative Text Backgrounds and Contexts Criticism, 266.